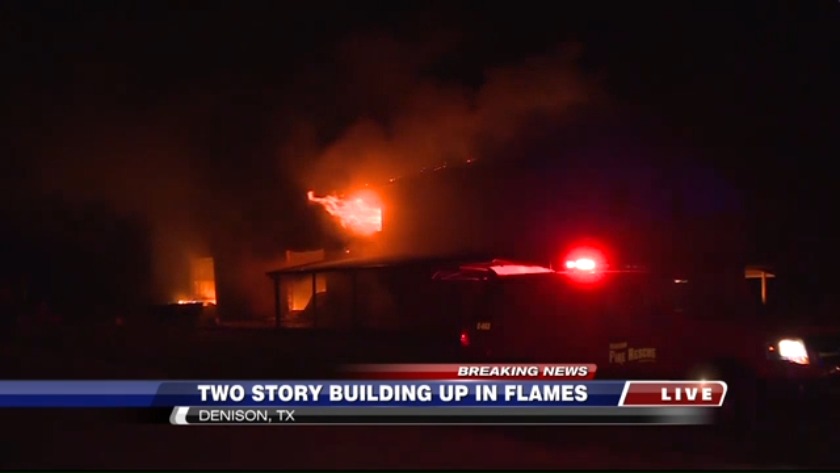 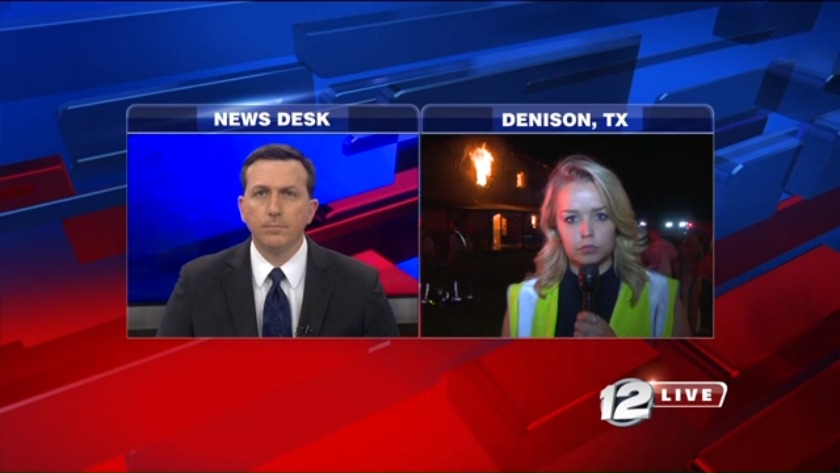 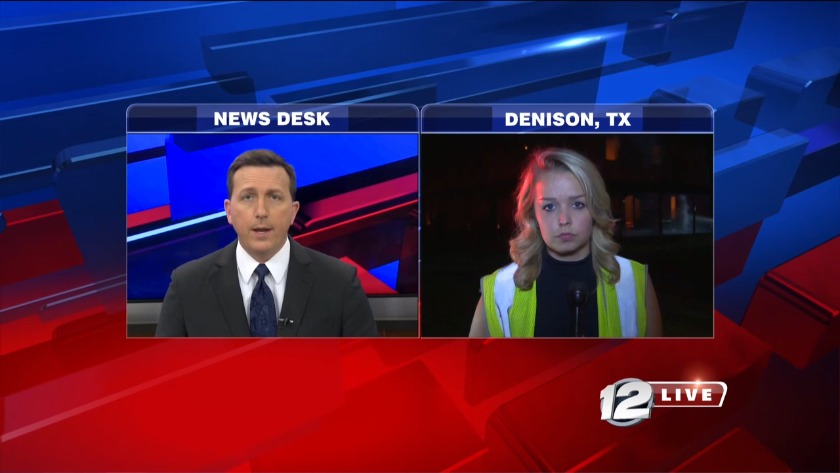 DENISON, Tex. (KXII) -- A fire at a two-story barn-condo hybrid sparks when resources such as manpower and water are sparse in Denison on Wednesday night.

The part-residence-part-cabinet shop on Old Airport Road off FM 1753 was set for completion just two weeks from when it went up in flames, two years after work began.

No one lived there, but people on the scene say thousands of dollars of tools, equipment and custom carpentry, as well as a speed boat, forklift and at least one motorcycle are destroyed.

Neighbors, friends and family of the couple who built the home gathered Wednesday night on the front lawn to helplessly watch firefighters battle the blaze.

The day had already seen more than its share of action for the Denison Fire Department, which spent most of its day battling a monster blaze on Main Street that claimed at least three buildings and at least two residences.

By seven thirty that night, when the fire at the barndominium started, Denison was low on firefighters and water.

Bells, Savoy and several other departments helped throughout the day.

Salvation Army and the Red Cross made contact with the family that lost their future home. Monetary donations can be made to the family via GoFundMe.